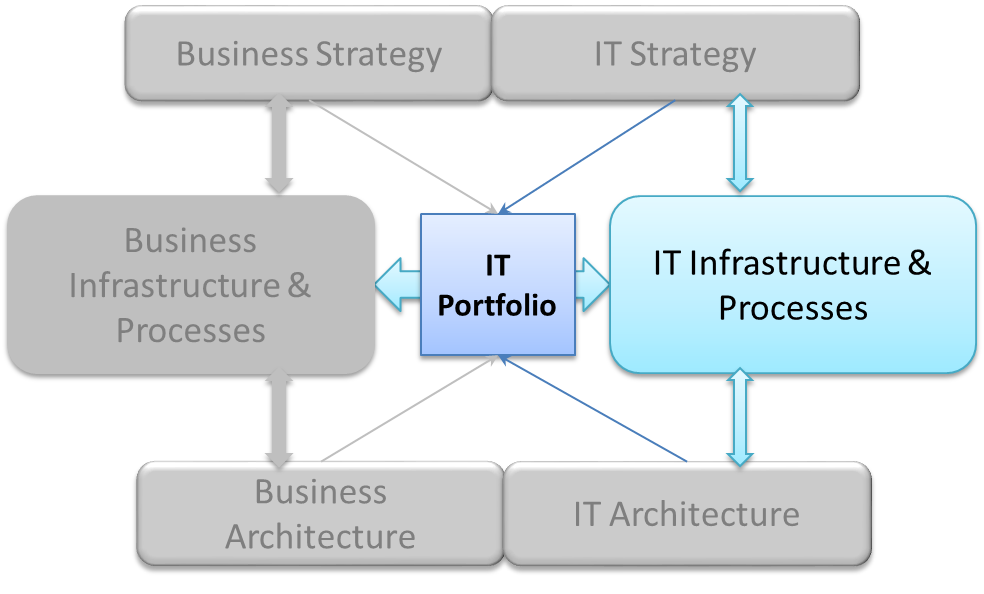 Every now and then an new CIO comes on board and usually that is the trigger for crafting an "IT Masterplan" for the next 3 to 5 years. This occured several times in my career, so I made a number of these plans. Having an IT Masterplan can be very beneficial to the Business and IT because is facilitates decision making in the near future.

What is the content of an IT Masterplan?
Usually it is a summary of the on-going initiatives with an IT implication and a summary of the meetings of the new CIO with senior Business Management. Nothing wrong with that, but it seldom gives answers to four crucial questions:
1. what is the role of IT in the organization and how is this role percieved?
2. is there a long term view on the IT Architecture supported by a set of decision making principles?
3. what is our Sourcing Strategy?
4. what are our core IT competencies and what does our competency development program look like?

I will now dig a little deeper based on one of the IT Masterplans I made in the past. I have to admit that this plan is also lacking a direct answer on the 4 crucial questions mentioned above.

During the mergers of 3 'Provincial Energy Companies' into the new Essent Company we needed to merge several local IT departments into one new IT organization. At the same time the sturcture of the new organization shifted from a conglomerate of geographical autonomous companies inta a Division structure based on the Energy Value Chain. In a small team we crafted the IT Masterplan that became the basis for the IT reorganization and for evaluating IT Investment plans. 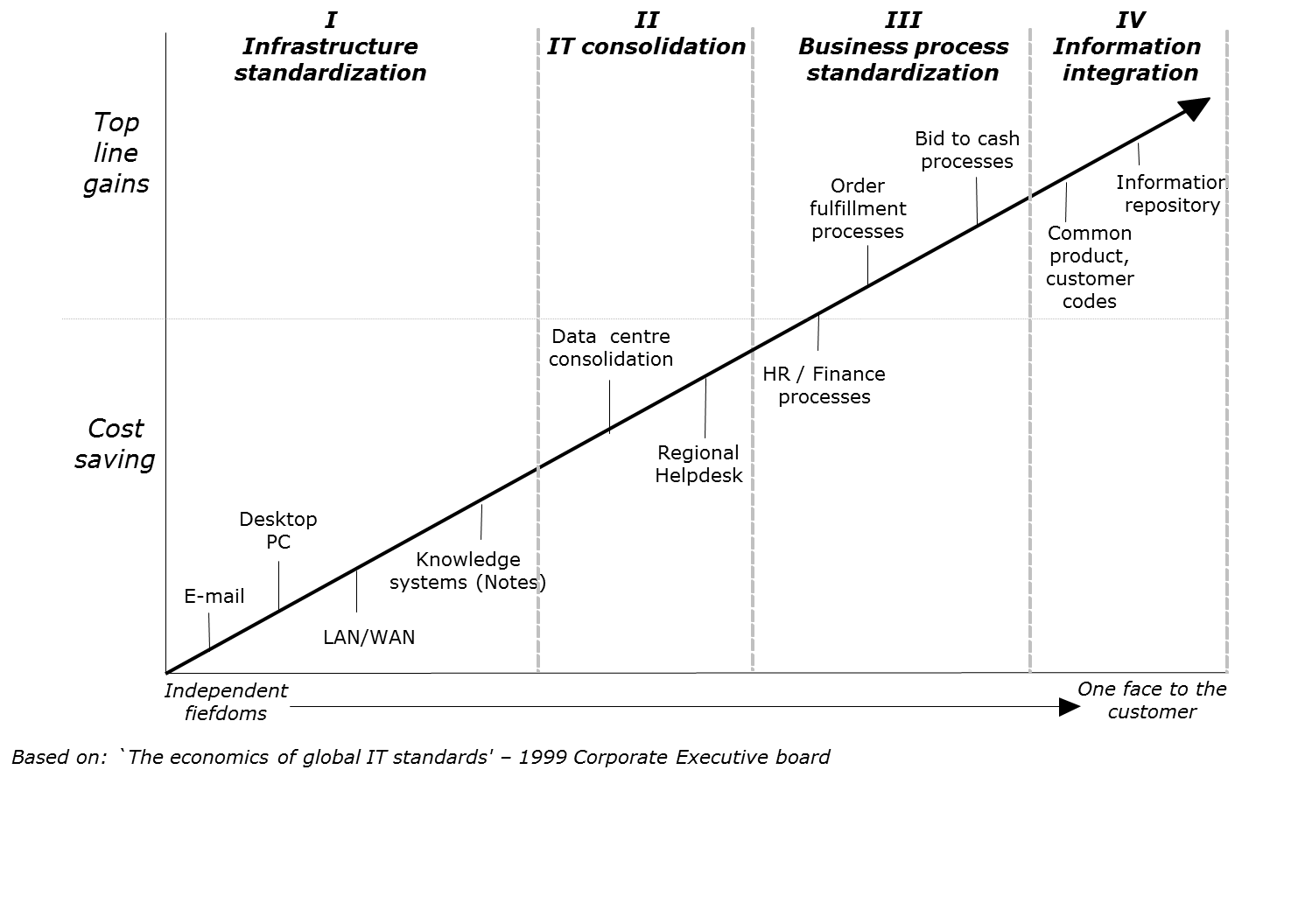 To clarify what is involved in such a merger, I used a publication of an independent organisation. This report contained the results of a multy year studie on 'the Agenda of the CIO' of a number of large companies that executed in the 90's of last century. It may be clear that the report is outdated now, but there might be updates available at the source.

At that time four development stages were identified to increase the added value of IT.


A. Cost saving in IT
I  - Infrastructure standardization
II - IT consolidation as preparation for ouotsourcing


From these 'Best Practices' we formulated the objectives of the IT Masterplan:

Projecting these objective on the 'Best Practices' at that time helped creating commitment with senior management: 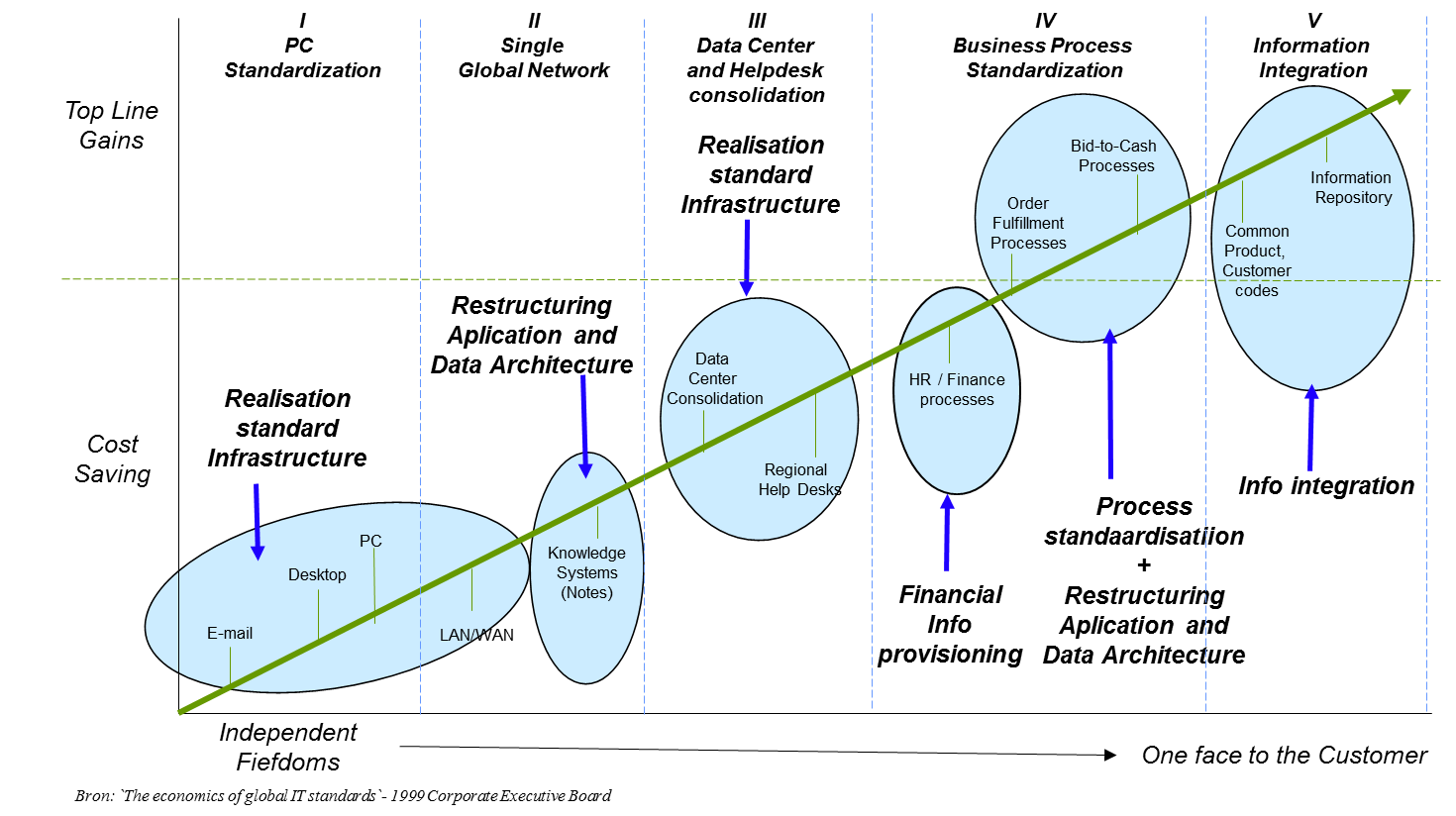 In the matrix below we captured roles and responsibilities for these programs: 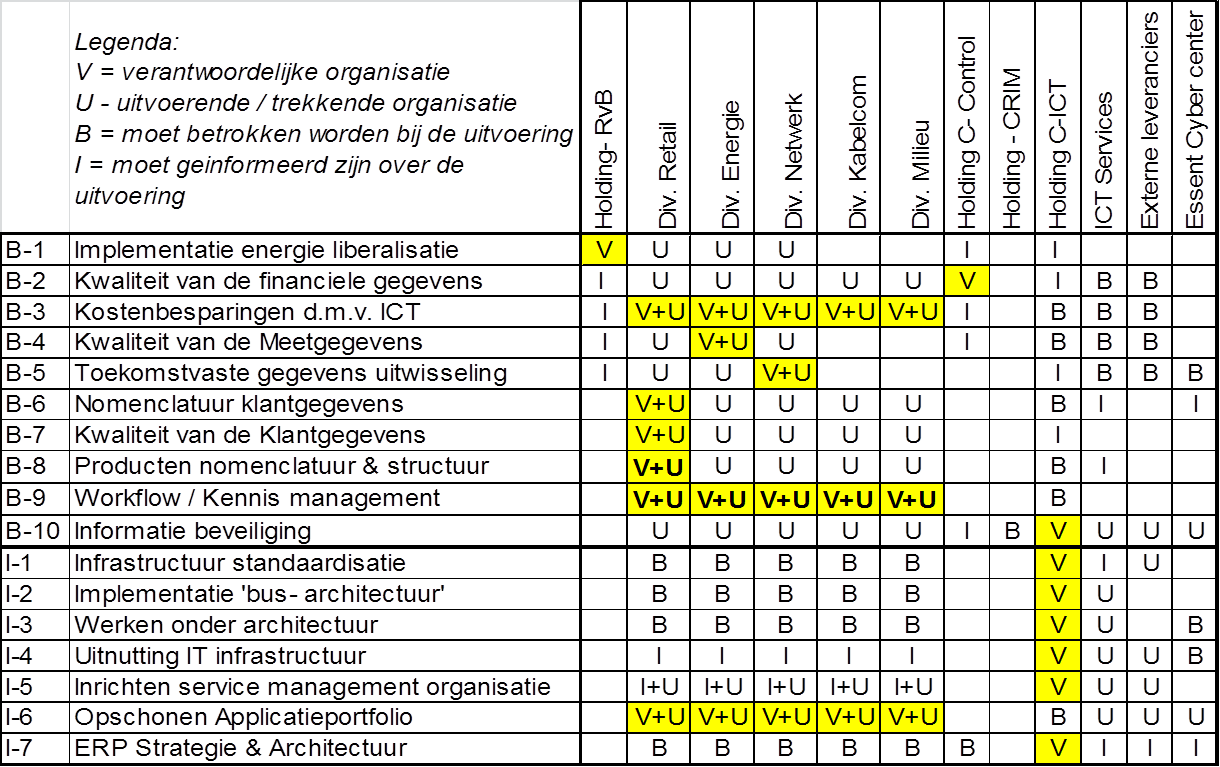 The IT Masterplan has been the basis for decision making on IT for a number of years. It also became the base for an improved co-operation between the Divisional IT departments and the 'Corporate ICT' oganization.