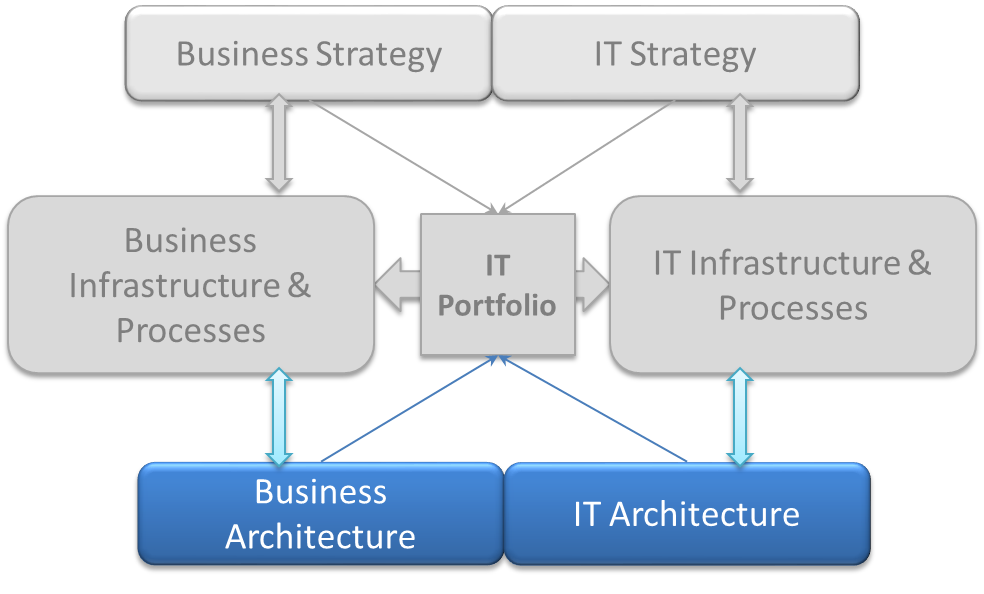 Most people would refer to 'architecture' as a term that is used in building construction, which is obvious. In the IT realm we can see an ever increasing tendency to 'architecture based design and implementation' since the 90's of last century.

What is meant is, that IT services were designed and built based on a number of 'standards' that the IT community of craftsmen agreed upon.

In itself there is nothing wrong with a quality mechanism and control on the IT, however I think some of us are a little overdoing it. It begins to look like a religion with dogma's.

Still I am a strong opponent of designing and implementing IT based on a number of principles. Practical experience has learned that this is leads to lower maintenance cost, higher flexibility and longer life cycles of functionality.

I's like to introduce a simple frame of reference on 'architecture', that can help understanding the impact of decision making on IT. In the 90's I used this framework in the AT&T company to explain to senior management why 'architecture based design and implementation' was needed in the company.

I used the framework to map the interaction between Business and IT using 4 domains:
horizontally:
vertically:

At that time AT&T started to expand outside the U.S. using the Dutch Joint Venture as a 'springboard' . However, the IT to support the business in both parts of the enterprise was a patchwork of homegrown tailor-made software. And sourcing was only done in the Netherlands to what used to be the internal IT department of the other JV partner.

To facilitate a dialog on the consequences of 'globalisation' of the company, I populated the framework with the 'AS-IS' situation: 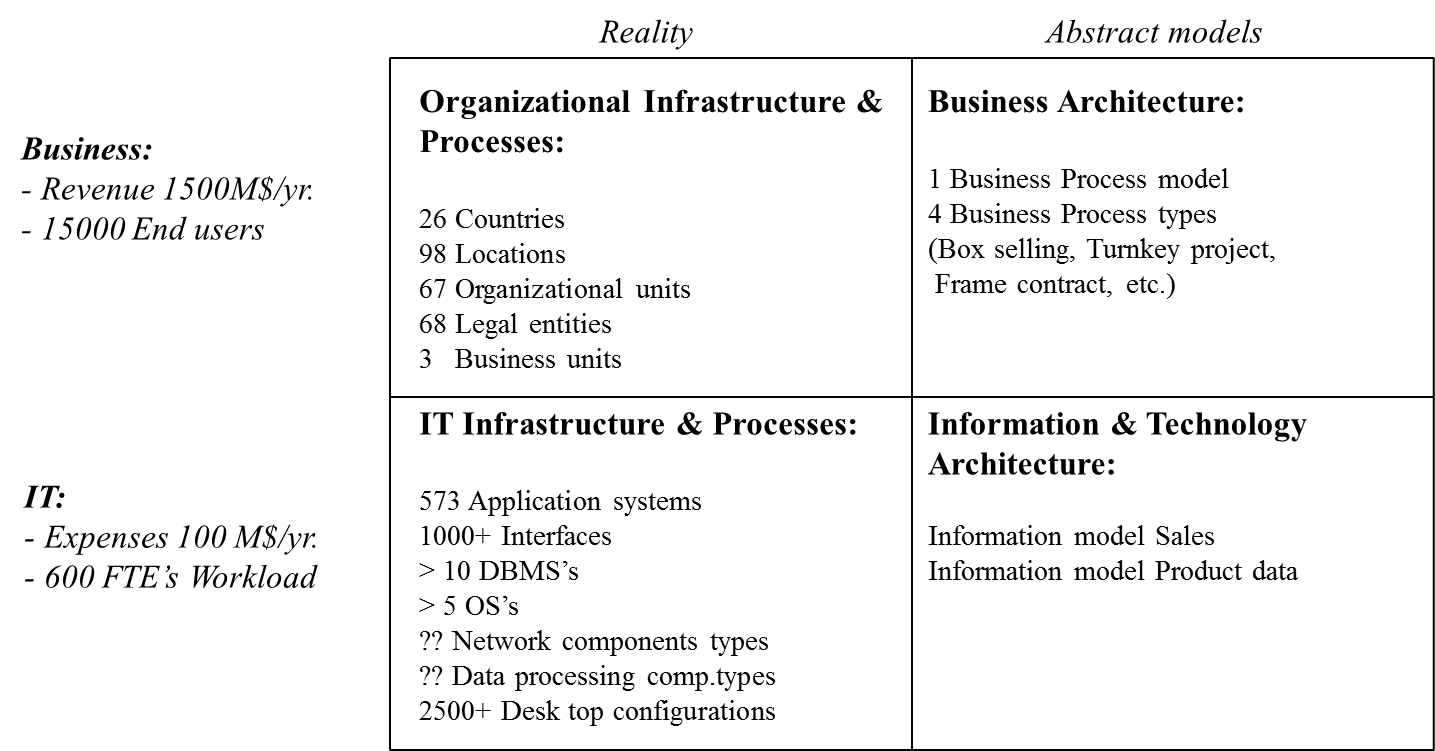 Through this inventory it became apparent that we lived in a wild variety of processes and technologies to support these processes.

Simplification and standardisation in the business and in IT were nothing more than management buzzwords.

Decision making on IT was a day-to-day direct interaction between Business and IT on a way to low management level.

It was my firm belief that the introduction of 'architecture based design and implementation' was highly needed to improve the functional fit and the responsiveness of IT to the Business and to keep up with the pace of change in the Business. I showed this as follows in the presentation: 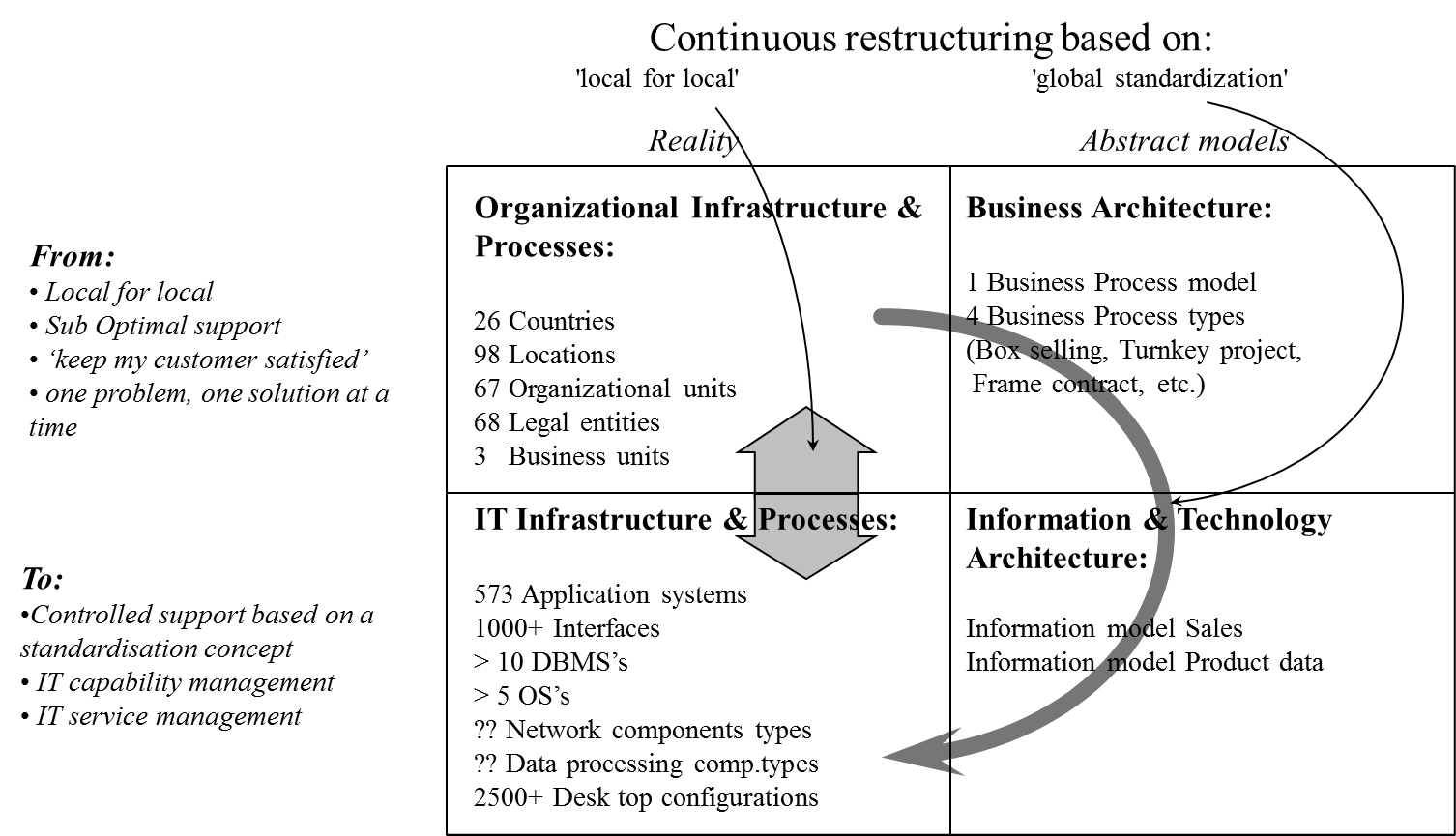 The message was received and a number of change programs were introduced. However standardization of IT without standardization of the Business is sub-optimal. This requires a vision on Business Process Re-engineering (BPR) and the definition of a growth-path.

Example of the application of this model:
In my Essent period, this model evolved into a simple 'architecture method' called KOMPAS (compass) ands was used to set direction for the IT activity based on a number of decision principles. 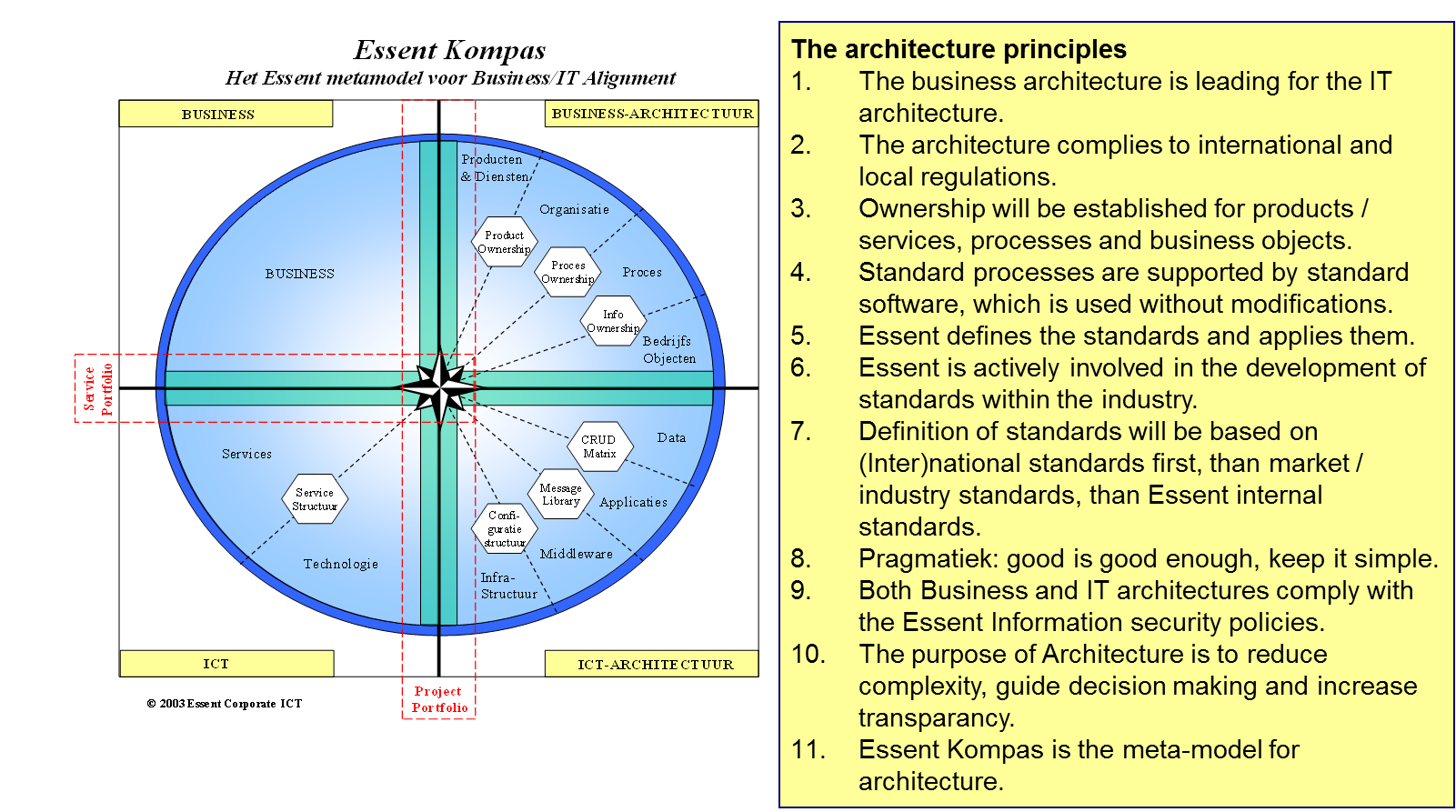