PG7H my first steps as a licenced amateur

In august 2016 I came across an offering of a used TenTec 1320 QRP CW tranciever. Bingo !! That is what I'm looking for. I went to visit the OM with my old morse code key and right under my nose he makes a QSO with someone in Belarus !! He works with a copper wire out of his window on the second floor of an appartment building, so what can go wrong?  SOLD!! Highly motivated I restart my training for the examinations in november.

In the meantime I need to exercise my morse code sending skills. After 46 years of inactivity I've become a bit rusty. On top of that I have to admit that after my training in the Royal Dutch Air Force, I never seriously used morse code. At that time it already was considered outdated technology. 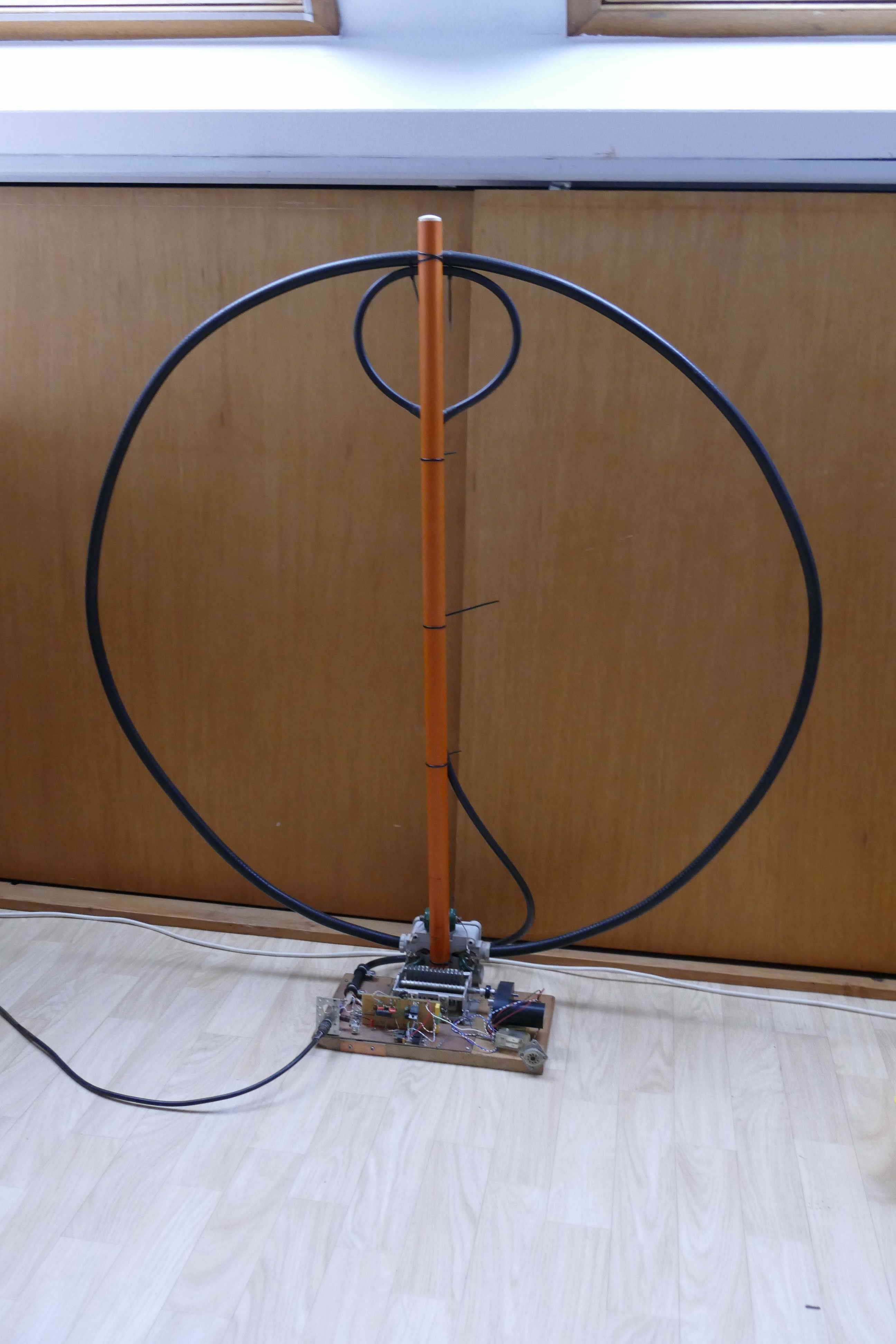 And yet again (PA0MWU) helps me out with additional equipment.

Hij already had given me his Magnetic Loop antenne that he once had made and now was obsolete and now he also comes up a SWR meter. How can I ever repay this man ?!?!?

In 1972 my brother built a morse code keyer. I still had this laying around, so it was high time to make use of it. My son came up with a 12V battery and that completed my shack. 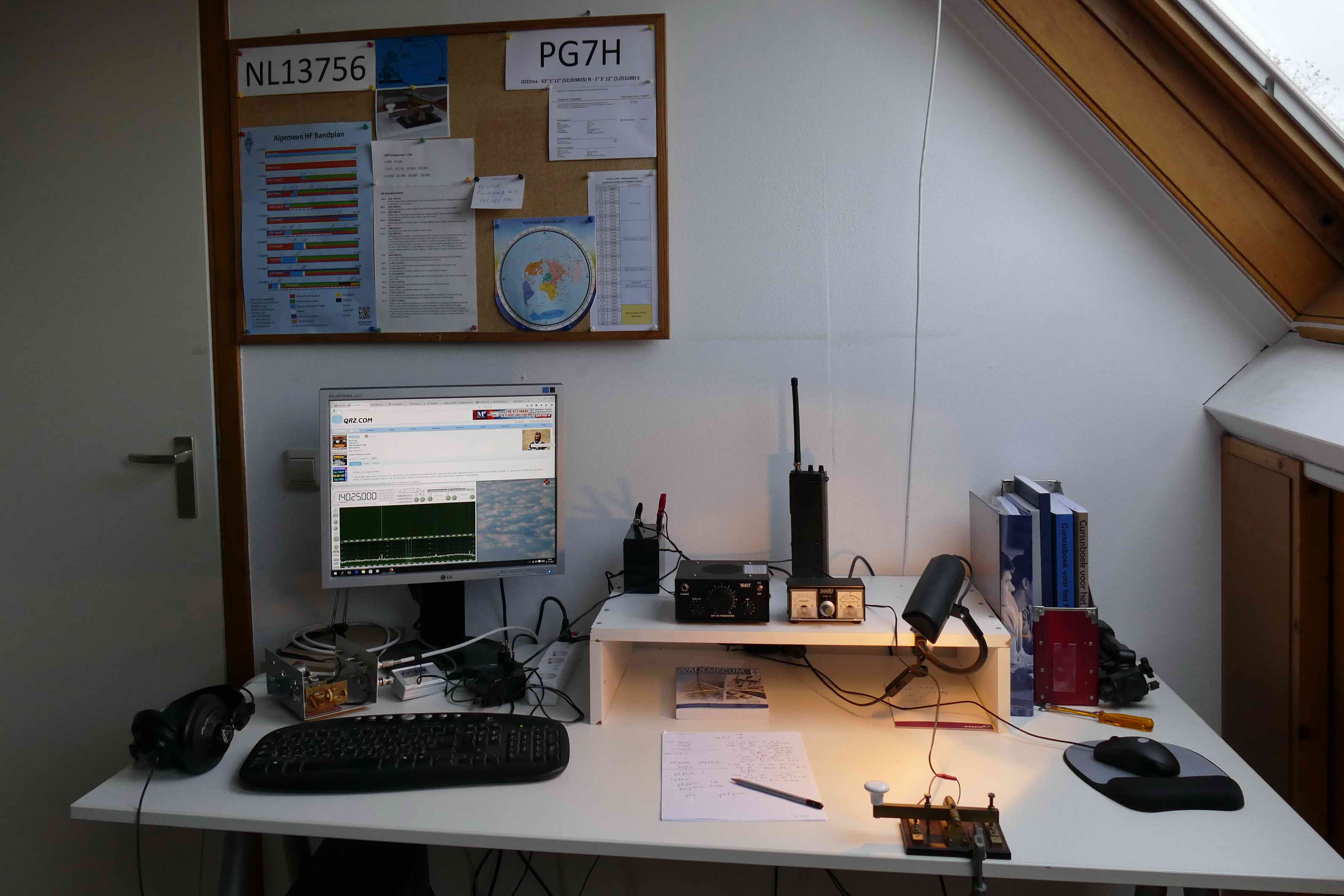 I can get started !! It is december 2016 when I start listering to some Finnish station. He is very popular, apparently evrybody wants to work this OM. I wait untill he has sent several cq's that are not immediately answered and I give it a try. With sweat in my hands I sent my call PG7H 3 times and wait. I'm completely shocked when he answers my call clearly with an RST 599 (which I still cant beleive using a 4 watt tranceiver). But is was clearly my call he sent so I gave him a 599 and 73 back and that was all. He is already working the next station. On QRZ.com this call turns out to be a special event call of Santa !! Can you dig that ??? my first QSO ever was with Santa Claus.

Within the next days I make QSO's with OM's in Rusia, Latvia, Portugal and Mallorca.
It works !!

So what now? It was my goal to make DX CW QSO's with QRP equipment and I realise that is what I've been doing.
Son next is: learn to work better CW QSO's despite the horrable condition that will get worse in the near future.