In june 2014 my eldest son tipped me on SDR. I had no clue what he was talking about, so I entered the magical realm of the Internet and found 'Software Defined Radio'. After many hours of reading I concluded that the term didn't really fit with the content. I would say that is the other way around. It's radio that defines the software.

The hobby is not completely new to me. In 1964 I bought the famous Philips building kit from the fr

ist money I earned in a vacation job. I built all circuits that were possible.

After that I was limited to reading about radio untill I was drafted for the Royal Netherlands Air Force and was selected to be a 'spec com' (specialist communication). I was trained for a period of nine months on Crypto security, Telephony, RTTY and Radio Telegraphy. Even then (1970) radio telegraphy was considered outdated technology and only relevant as a back up when the Telex over Radio (TOR) communication failed. I never made any serious CW connections at that time.

At about the same time I bought a second hand HRO National SW receiver and started listening on SW. With roughly 5 meters of copper wire out of the rooftop window I spent many hours listening to ham radio amateurs and broadcast stations. Eventually I sold the receiver when I got seriously involved with my present wife (XYL).

And than after 40+ years of inactivity it starts itching again. I had a Sony World receiver laying somewhere that I inherited from my father. Much to my surprise it also covered the ham radio bands. So I walked into the garden with 10 meters of copperwire and the Sony and 'YES" on 7010kHz I heared the 'hissing' of an interrupted carrier called CW. But I ofcourse could not make anything from it. The only conclusion I drew was: it can work ! 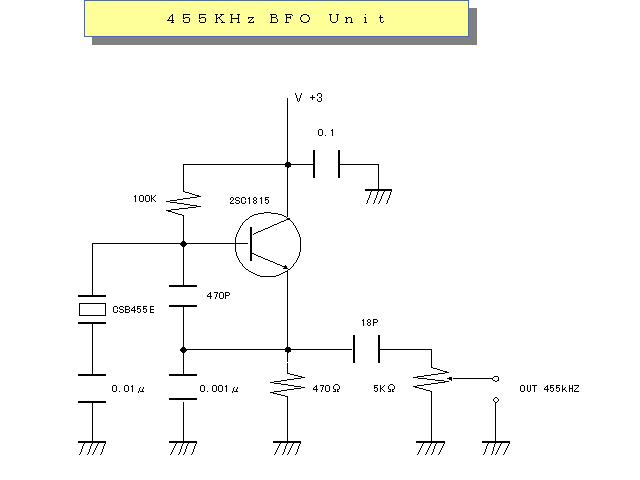 So I went back to the Internet looking for circuit diagram for a BFO (beat frequency oscilator) on 455kHz. With a little solderwork and a number of attempt I succeeded in getting it up and running. My first soldering experiences wete a nightmare. In the end I built it all into a metal case and I could hear CW again. To me this sounds like music.

There was a small corner on the top floor of our house available and so my first 'shack' became reality.

I spent many hours with unexpected pleasure listening to CW signals. To my surprise I could 'read' it rather well. In any case the 'cq cq de .... and the callsign. My next step was figuring out who is sending and from which location. I used a notebook to log what I heared and with the help of the Internet I could figure out who I was listening to and where he/she lived.