What have I done: 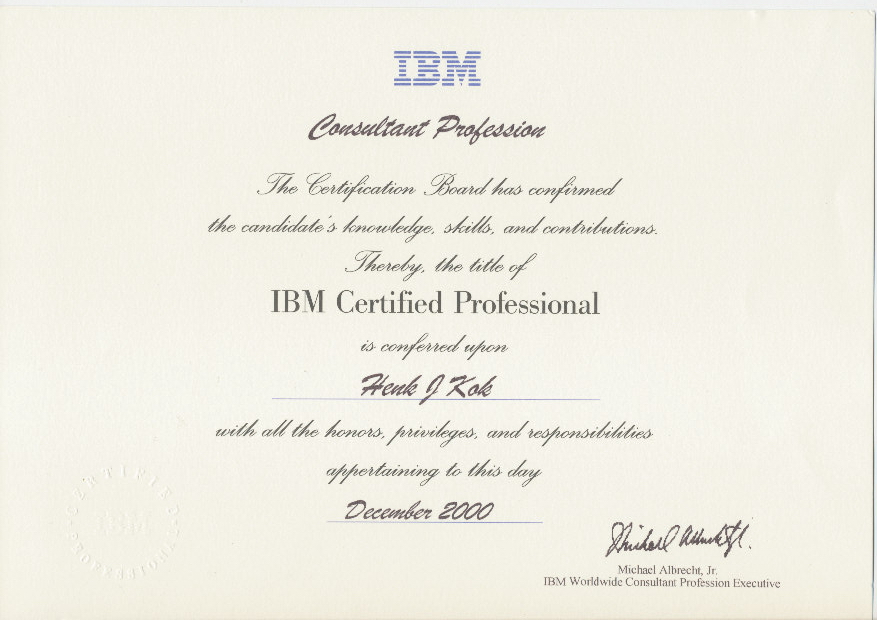 What have I learned:

I learned that perception is crucial to the acceptance of good advice. As long as the IBM company is perceived to be a hardware supplier, it will be extremely difficult to leverage the impressive Intellectual Capital that the company built and maintained over the last 50 years. Personally this employment was my most interesting intellectual challenge.