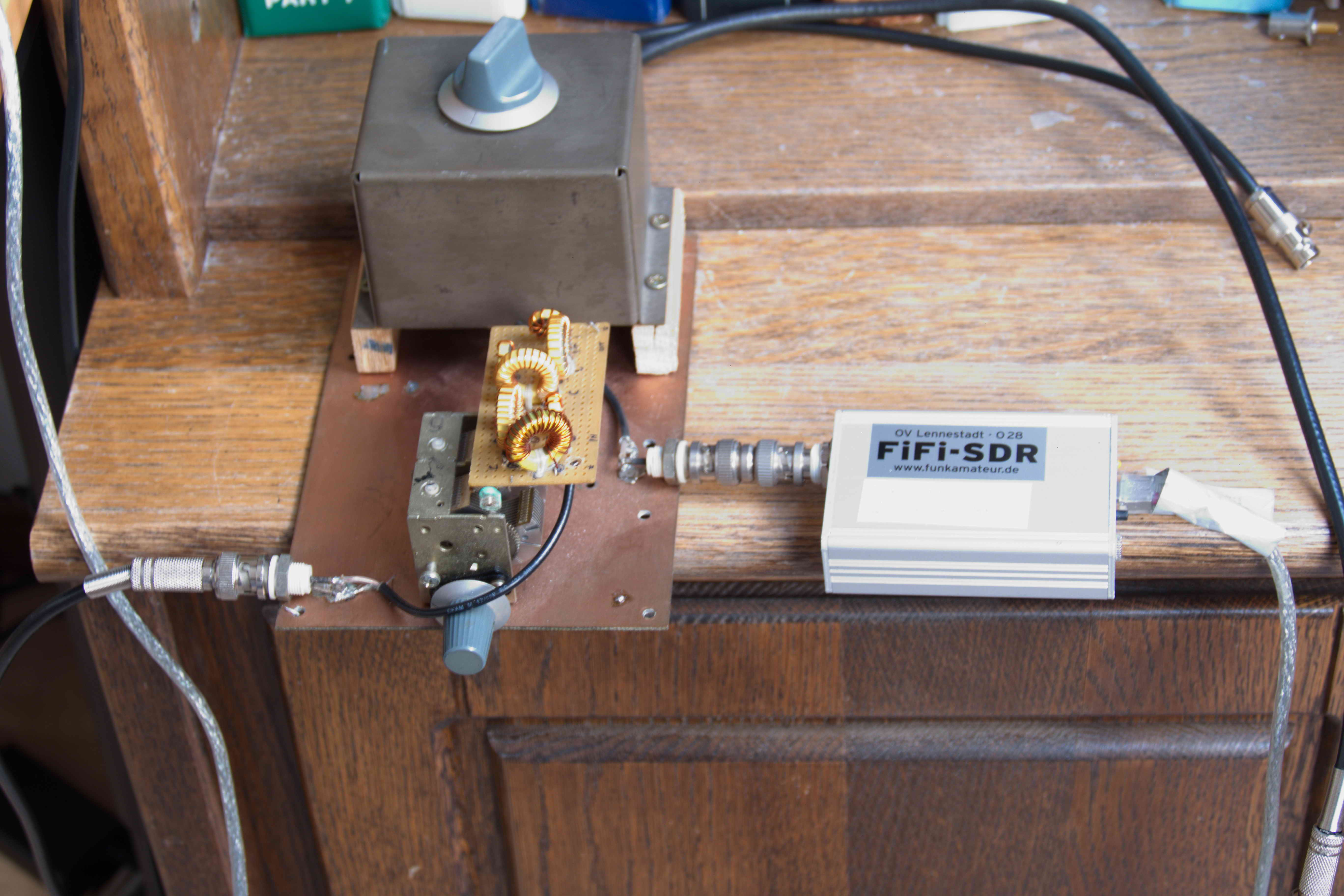 However, again the 7Mhz. and 3,5MHz. ham bands gave a noise level of S6 to S9. So I still was not satisfied with my gear. Next follows a period of several months with experiments with adjustible filters. Some of them did something, other I threw away immediately.


And again Martin (PA0MWU) helped me out with a perfect filter, making a side note: "it works fine on 10MHz - 30MHz, but for the lower frequencies you'll have to build a separate one yourself". My first thought was: 'great plan' !! Martin had provided me with a detailled schematics of this filter and I started winding coils and soldering. And again a period of experimenting started. And again with little to no succes. What I've learned: I'm not good with soldering. All plugs that I soldered became a source of interference within 2 or 3 months. In the end the original filter that Martin gave me is still in use because it provides good results on 7-28MHz.

I tried to build both filters in one case, but that wasn't a succes.


In the mean time I decided I wanted more with the hobby. I started preparing for the official N and F examinations. After 2 and a have years, I leave Short Wave Listening (SWL) to those who have more patience and endurance.